This Summer at Stanford 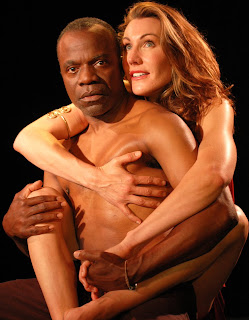 Stanford Summer Theatre is presenting an interesting series based around the works of Homer this summer. The centerpiece of the myriad goings on is a fully-staged production of The Wanderings of Odysseus, originally produced in 1992 by the Mark Taper Forum for the Getty Museum in Malibu, directed by Rush Rehm (now Artistic Director, Stanford Summer Theater).

Adapted by Oliver Taplin, The Wanderings of Odysseus is the story of Odysseus’ return to his island home of Ithaca after the Trojan War. You'll know some of these stories: Circe, the Sirens, Calypso, the Cyclops, etc. I read the works of Homer in college and they certainly are epic tales that have inspired other works of art for millennia. (Perhaps my favorite: Suzanne Vega's song "Calypso".)

It opened Thursday night and runs through August 15th.

WHAT: The Wandering of Odysseus
WHERE: Stanford Summer Theatre, the Nitery Theater (only 75 seats!)
WHEN: July 22 – August 15, Thursdays and Sundays at 7:00 pm, Sunday matinees at 2 pm, Fridays and Saturdays at 8:00 pm
WHERE TO BUY: For ticket information, visit http://summertheater.stanford.edu, call 650-725-5838, or email summertheater@stanford.edu

BlogHer's big annual event is in less than two weeks, so I'll be off to NYC for a full week very soon. So timing doesn't seem good for me, but I held on to the email about this show for a long time, considering whether I could shove it into my schedule somehow.